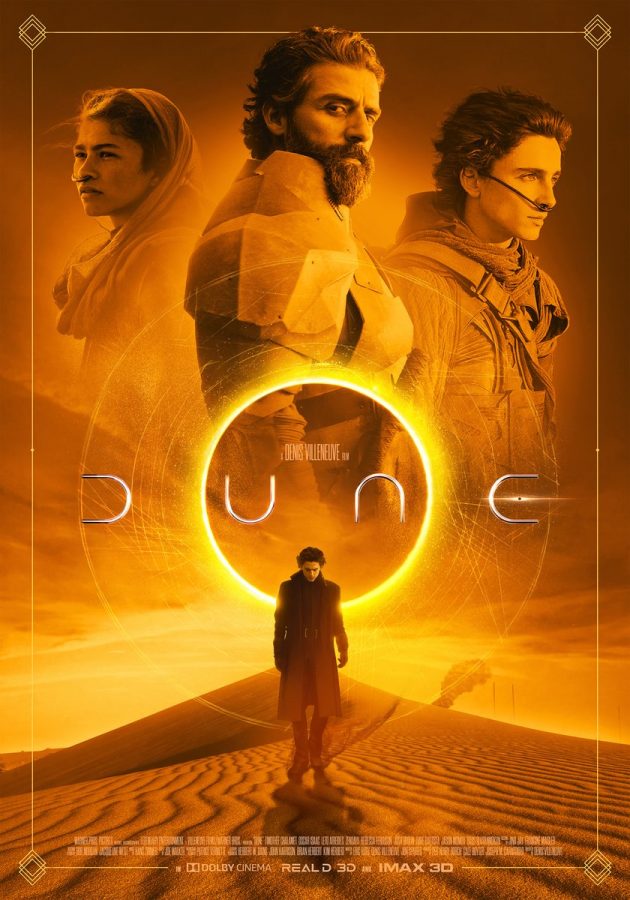 Well the new Dune movie has not reached my expectation for what I thought it was going to. Everyone that I’ve talked to has enjoyed the movie. I personally was not as impressed with the showing as I thought I was going to be. For people who haven’t read the Dune book series, like I, the movie was hard to follow and wasn’t self explanatory.

The Atreides family are the royal rulers of the planet Caladan, Issac was given the assignment to find the long lost desert that is extremely dangerous. The family was chosen to take over the mining that gives humans longevity and helps enhance cognitive abilities. One of the Atreides members that was on their side, changed their back on them and sold them out. The father was then killed trying to see what was going on. And the mother and son were then left to defend themselves during this war. As the son and mother were escaping they ran into a freeman, people native to the Arraskis, Paul (son) then found lots about his native heritage, learning new ways, and even found interest in a girl. At the end of the movie, the Atreides family then joins forces with Freeman. They plan on taking back Arrakis together.

As this movie sounds very interesting, I also was very intrigued by the preview. When watching the movie, they go back and forth between places. I personally got lost in the mix. I feel like the movie could have been explained better and also presented better in a way. Many watchers of Dune have read the series, but for the people wanting to just watch the movie, it was very miss leading.