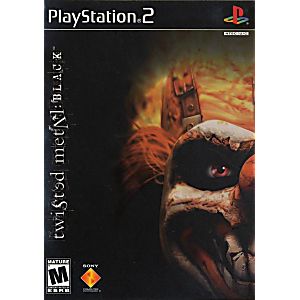 When Twisted Metal Black came out, it was a Ps2 exclusive and pushed the Ps2 to unprecedented sale numbers. It was complemented by the fact that the creator David Jaffe had his passion restored and that the Ps2 let him push the boundaries more. Also, he made the game M for Mature meaning it was gonna be gory and more serious than ever before.

The game itself was amazing. There was no game like it because it is an accumulation of many different things like wacky characters such as Bloody Mary, Dollface and, No-Face, good story ideas, and the hyper gameplay that kept you wanting more. Its gameplay was inspiring and exemplary because of the mechanics of each and every vehicle/boss it just made you wanna keep playing. Also if you wanted to get more characters/vehicles then you’d have to play the game more and at the end of beating the bosses with every character, you would see their outcome. Being that this game came out before you could search this up on the internet you would play until you had everything and by doing that you would appreciate the game more.

Twisted metal deserves nothing less than a 10 because of how top-notch it still is when compared to many games today. The game is a favorite among many Ps2 players and was the game that made people buy a Ps2. Twisted Metal shows what passion mixed with a good team and idea.